Bartells is a northwest family-owned pharmacy with 80+ locations (until it recently sold to Rite Aid).

Prior to working with Ravenna, they had two separate digital systems supporting customer pharmacy interactions. One system handled the web, the other system handled mobile apps. These two systems had separate databases, reporting, admin, and vendors. This was a serious pain point for Bartells as it required the marketing team or IT teams to do double work when there was anything that need to be changed. Resolving this was a key part of the project.

An additional pain point was the visual quality and branding of the older systems. The website platform had a very old and outdated look and feel and was difficult to navigate. The mobile platform was slow, and difficult to use.

Ravenna had been previously supporting the Bartell website and various other digital properties, so they approached us about building a pharmacy system.

The architecture that we proposed was to build a single backend system that talked to the Bartells Pharmacy back-office software provided by McKesson, and then in turn communicated with the web and mobile apps as a complete end-to-end system.

The result was successful on multiple levels:

First, we were able to bring all users into one database. Merging the two third-party platform databases into a single point of management. This saved time, and resources for the Marketing and IT teams.

Next, it brought a fully branded look and feel to the customer's experience. The web, mobile web, iOS, and Android apps had a designed user interface that was cohesive. A user using the web would be able to seamlessly use the mobile apps and vice-versa.

Finally, the new RX platform allowed for easy-to-use marketing for the Bartells marketing team. Through a backend system, they could easily update marketing in the web and mobile apps.

This project and the long-term support we provided to Bartell led to higher engagement levels, increased daily active users, and most importantly a system the Bartells could manage. 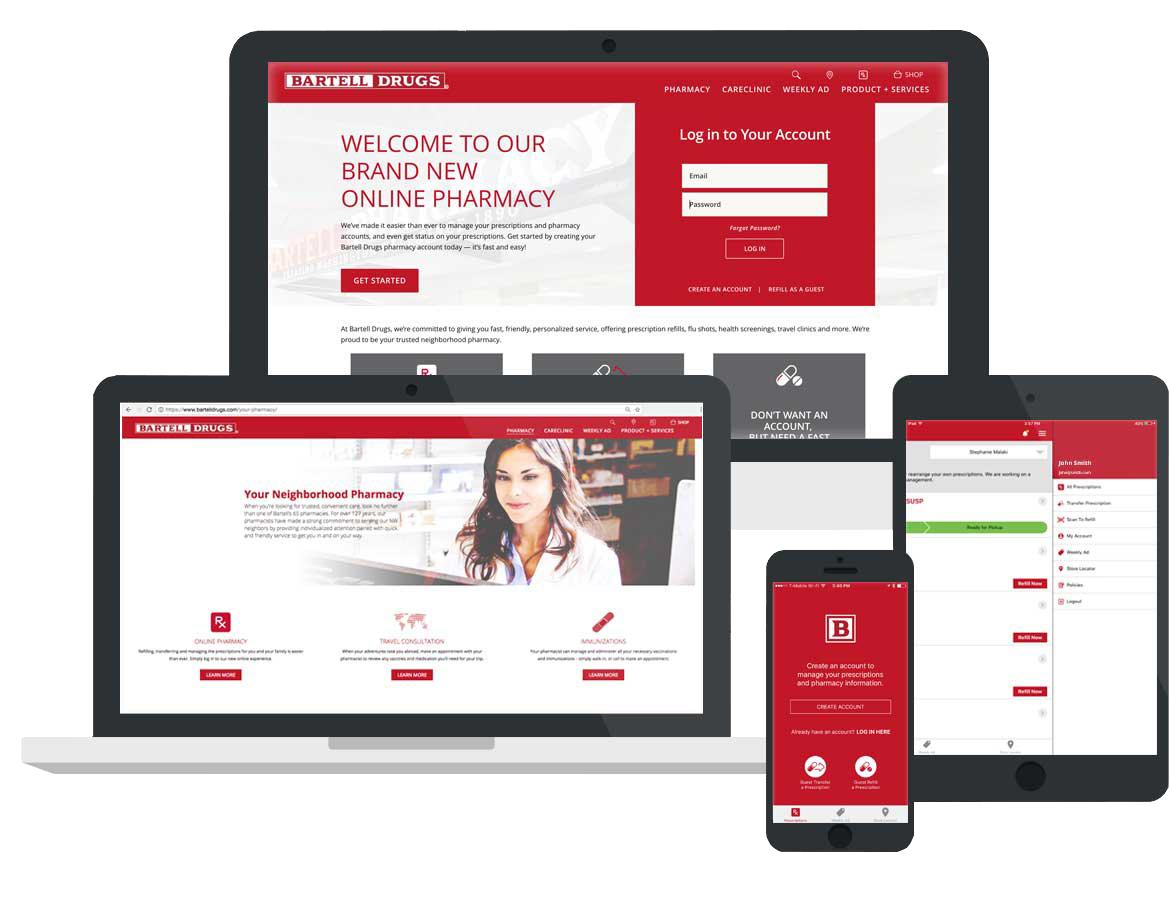